On January 12, the Shenzhen Industrial Innovation Achievements Conference and the 2017 Annual Conference of the Shenzhen Federation of Industries were held at the Wuzhou Hotel. At this annual conference, a list of the 16th Shenzhen Enterprise Innovation Records was released. The “Shenzhen Enterprise Innovation Record” was jointly organized by the Shenzhen Industrial Association, 13 government departments, and 57 industry associations. In this commendation list, 20 entrepreneurs such as Mr. Huang Chutian, president of Gu Kangli Chemical Co., Ltd., were awarded “Leaders of Independent Innovation”, and 12 companies including Gu Kangli were also awarded “Outstanding Green and Healthy Enterprises”.

The main leaders of this annual meeting are: Gu Xiulian, Vice Chairman of the Tenth National People's Congress Standing Committee, Director of China Care for the Next Generation Working Committee, Honorary President of China Federation of Industrial Economy, Former Minister of Aerospace Industry, Shenzhen Industry Federation Consultant Lin Zongtang, Director of the Guangdong Provincial Commission for Customs and Work, former director of the Standing Committee of the Guangdong Provincial People's Congress, Zhang Yeying, former member of the Standing Committee of the National People's Congress, former secretary of the Shenzhen Municipal Committee, honorary chairman of the Shenzhen Industry Federation, Executive Vice President and Secretary-General of the China Industrial Economic Association Xiong Meng and other leaders. And nearly a thousand people in charge of relevant departments of the city (district, new district) and enterprise representatives attended the meeting. The meeting was chaired by Wang Zhaowen, Counselor of the People's Government of Guangdong Province and Executive Chairman of Shenzhen Federation of Industries. Gao Yuyue, Deputy Secretary General of Shenzhen Municipal Government attended the event and delivered a speech on behalf of the Municipal Government.

In this selection, Gu Kangli was able to stand out. This proves that the core of the company's healthy development at the beginning of the establishment of the company is correct, because it has been 29 years since its establishment in 1989. Solvent spraying to water-based spraying, upgrading from industrial glue to civilian pure MS glue, from a single product of MS glue, to building a "comprehensive solution for household pure glue," the company's founder Huang Chutian always believes that it is green. It is the future development trend of this industry. Even if we don't do it now, we must do it in the future; now that we have decided to do it, we are ready to tackle it. Therefore, in terms of green development, Gu Kangli has invested a lot of R & D, technology, manpower, material resources and financial resources. After so many years of development, he has been recognized by all sectors of society.

Perseverance and courage to move forward, and take pride in it. In the future, Gu Kangli will, as always, adhere to the company's development principles, continue to cultivate in green health adhesives, and always adhere to the company's core values-"care for health, do our best" The mission of "keep 10 million construction workers away from occupational diseases" is unwavering.

Good news: Gu Kangli Chemical won many honorary titles in the 16th Shenzhen Enterprise Selection
On January 12, the Shenzhen Industrial Innovation Achievements Conference and the 2017 Annual Conference of the Shenzhen Federation of Industries were held at the Wuzhou Hotel. At this annual conferen 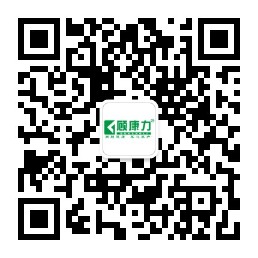